A win/win with Ireland

As rural contractors we are often reliant on imported skilled operators for the machinery we run, so it was great to hear recently that RCNZ has gained approval to bring in 149 operators for the 2019/0 season.

Our CEO Roger Parton spends a lot of time seeking these imports under the Approval in Principle scheme, working with Immigration and Work and Income to get them through the hoops. It will now mean 46 RCNZ members around the country – including myself – can breathe a little easier.

Each of the imports – mostly from UK and Ireland – needs to have a minimum of 2 years’ verifiable work experience operating agricultural self-propelled machinery and supporting plant, in off road situations for the harvesting of a variety of crops.

They can work for 8 months between July 2019 and June next year. We are really hoping this may be the last AIP round with the Government’s announcements of a review of immigration policy to allow more employer-led recruitment of foreign workers.

That said, we’ve heard recently that things are even worse in Ireland, where many of our workers come from.

FCI Ireland – our equivalent organisation – has told the Irish Government that some of its members will shut up shop unless immigration rules are relaxed to allow some of our mostly younger operators and Aussies and South Africans to work there in the off-season.

The FCI has told the Irish Government that their farm contractor members are finding it increasingly difficult to attract young entrant farm machinery operators and if no  temporary seasonal employment permit scheme emerges, some farm contractors will be forced to cease operations entirely. Irish contractors turn over about 700m Euros (about NZ $1.2b), employ close to 10,000 people and operate about a third of the national fleet of 20,000 tractors, so RCI can rightly claim that without skilled operators, the Irish farming and food industry is put at risk.

While things are not so dire here, frankly, we would be struggling to provide our services without the imports, with consequent impacts on New Zealand farmers, rural communities and exports.

FCI’s chief executive Michael Moroney has written to Rural Contractors NZ asking for help to find skilled Kiwi tractor and machinery drivers who would like to work in Ireland during their grass silage harvest, which starts in May and runs to July.  He notes many young Irish men come here to work with New Zealand contractors. Michael says it would make good sense to join forces and provide a seasonal exchange of drivers that could provide these men with an interesting life and all-year round work for their special skills. 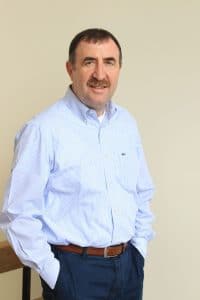 The FCI sought information from RCNZ on its AIP scheme and how it worked; it wants to get a similar scheme in place in Ireland, with the ultimate goal of getting some form of national registration.

RCNZ is happy to work with our Irish counterparts to help provide year round work – that’s a win-win for both countries, especially if the governments align.