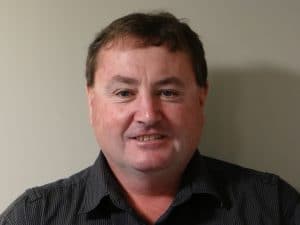 It might seem a bit odd for the head of an organisation that makes much of its living spraying chemicals to say this but I have long stated: all chemicals are dangerous if not handled appropriately.

In that vein, our Rural Contractors NZ Board was pleased to support a presentation at our June conference about a Massey University study to look at interventions to reduce pesticide exposure in our workers and families.

Associate Professor Andrea ‘t Mannetje presented the proposal, noting that more than 3000 tonnes of pesticide active ingredients are applied in agriculture each year; and that while they are designed to kill pests, many are also toxic to humans. I am right with the Associate Professor and RCNZ has been encouraging of members who want to join the study. It will interview 240 pesticide users, do some medical and memory tests, monitor some patches on their clothes when spraying, put video cameras on some backpack sprayers, all designed to find ways to reduce exposure. All good by me as was the final part of the study to then review exposure and see if the proposed interventions have reduced pesticide levels and improved workers health.

Our Massey visitor made no particular reference to any concerns about glyphosate I can recall.

So it was somewhat surprising to say the least to see a One News item recently in which Associate Professor Andrea was quoted as saying it would be good if the Environmental Protection Authority EPA classified glyphosphate as a suspected carcinogen.

Speaking now for the first time about her work on the subject, Ms ‘t Mannetje says the public has a right to know about the potential cancer concerns.

I think a number of issues arise here. If she does believe there is a potential cancer cause from using glyphosate, surely that deserved to be promoted to audiences such as our conference of 100+ rural contractors who are among the biggest users of the chemical.  We might disagree but we are a democratic organisation in a democratic country. We were able to disagree publicly at our conference with Fed Farmers (a major client base) and MPI about their approach to communicating MBovis.   Ms ‘t Mannetje might have faced some questions but she would not have been run out of town. We would still have supported her study because we want to know the science.

I find it more than a little ironic that some of those who are now climbing on the back of her comments are also those demanding that the science on climate change be listened to (as I think we should.)

But that does not mean picking up one report that supports a view and discarding all the others which find a different conclusion. And as AGCARM and others are reporting there are a string of reports which find no link between glyphosate and cancer.

Whether there is or not, I say it again; all chemicals are dangerous if not handled appropriately. We should all treat them with caution, use all necessary PPE and pay high regard to the label instructions. And support scientists looking to see what, if any harm, is occurring and how to reduce or eliminate that.