A shortage of Managed Isolation Quarantine facilities is the latest delay facing rural contractors who now say they are at crisis level in attempting to bring in sufficient foreign skilled machinery operators to meet seasonal demand.

Rural Contractors New Zealand CEO Roger Parton yesterday wrote to the Minister of Agriculture, Damien O’Connor, as well as the Prime Minister and Ministers of Immigration and Covid-19 Response.

He says while Cabinet in September approved bringing in 210 skilled operators, mostly from Ireland and the UK, as critical workers for the 2020/21 harvest season, only 58 workers had arrived to be either in MIQ or working. 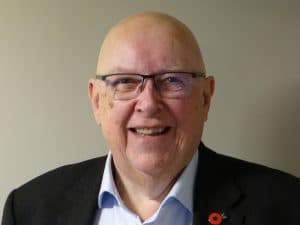 “My members who need to bring in workers but cannot get MIQ vouchers this month are beside themselves with frustration and desperation.”

Roger Parton says in September, the Prime Minister advised 10% of MIQ facilities would be reserved for critical workers. He’s now been advised there are no spaces available until February.

Rural Contractors New Zealand and MPI staff commenced work processing the applications immediately the September 22 decision was announced before sending them to Immigration NZ. Roger Parton says MPI staff have been outstanding although some issues with the applications emerged, mainly due to unfamiliarity by all parties as to what was required and the process.

“This has now been mainly resolved but there still appears to be some delay in getting visas processed.”

However, Roger Parton says the critical issue is the availability of MIQ facilities.  Currently 61 workers still overseas cannot get MIQ vouchers until February; another 16 who have flights booked are holding vouchers.

“That means that unless MIQ facilities are found urgently for these workers, only about one third of the workers approved by Cabinet will actually work in New Zealand,” he says.

The bulk of work for rural contractors starts in September so they are now well into the season.

“And the workers are needed now, not in middle to late February. Already some contractors have given up and decided not to bring in the overseas workers and not provide the level of service which they normally do for the clients.”

Roger Parton says the delays again threaten the crop harvesting and resulting lack of animal feed which was the basis for the Cabinet decision. His letter asks the Government to urgently secure 61 MIQ facilities vouchers to allow remaining critical workers to fly to New Zealand and complete the essential harvest work which Cabinet approved.