A new President, vice-President and CEO have taken the helm at Rural Contractors NZ after an annual conference concluding last night which highlighted compounding challenges in meeting capacity constraints which are likely to impact on some farmers and crop production.

Waikato contractor Helen Slattery stepped up from vice-President to replace Southland’s David Kean who’d given 12 years to the RCNZ Board. Wairarapa spray contractor Clinton Carroll became vice-President at the conference in Rotorua. 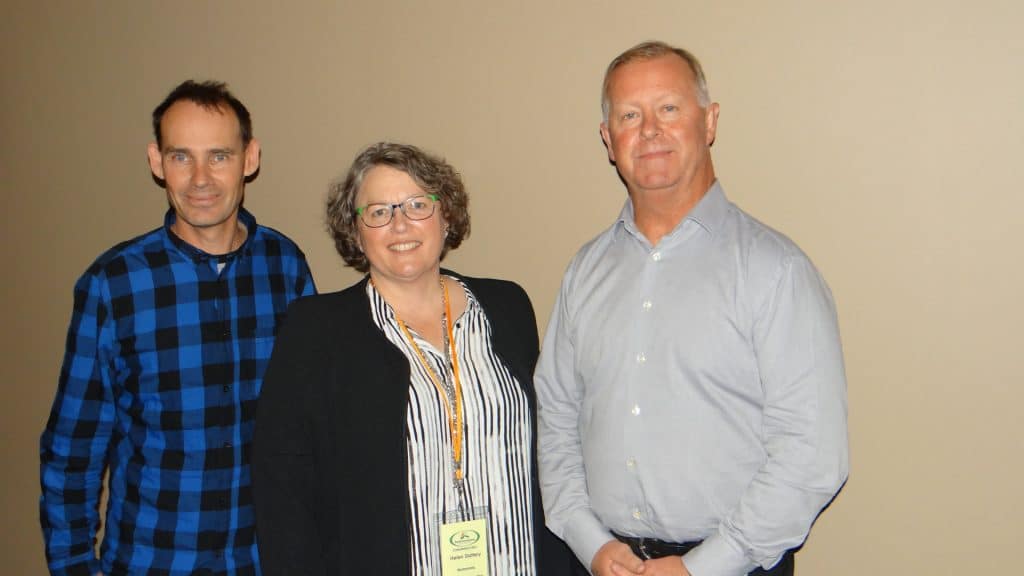 Helen Slattery and Andrew Olsen say the conference reinforced the intense challenges rural contractors are facing, as well as identifying some new opportunities.

“I ran a Good Yarn workshop on conference’s opening morning where we heard about some of the stresses our members are enduring, largely due to the ongoing shortage of skilled staff, particularly experienced machinery operators,” says Helen Slattery. “We all work hard in the season but these shortages are pushing some contractors to breaking point.”

“His advice was for rural contractors to focus on their businesses and really consider their capacity to service customers, review pricing and how to train and retain good workers.  Many at conference took this advice onboard immediately and began planning changes they will initiate. “

This may include factoring in a string of message that pricing of farm machinery and wrap film will rise next year by as much as 20%+ in some cases.

Helen Slattery says the key issue for rural contractors is the minimal allowance for 125 skilled machinery operators to come in for the next season, when a survey of rural contractors showed 400 or more were needed to keep up with farmer demand.

“We accept that as a quid pro quo, we have to continue lifting our efforts to train more Kiwis. A new round of training is underway including four month-long courses (with 1-2 more weeks of work experience) starting at the Telford campus from July 12. Those trainees emerge with tractor-driving skills but it takes our members a lot longer to get them to the point they can operate complex machinery.”

Andrew Olsen says he will be working with the Government seeking more experienced machinery operators be allowed in from overseas or face crops left in the ground, jobs and export dollars being lost as well as increasing health and safety risks and stresses for farmers, contractors and their staff.

“I also will be asking for an exemption to the unfair tax our members face when they need to replace their ute. Sure, we heard at conference of the recent launch of the electric Ford Lightning which saw 44,500 pre-sales in two days in North America but it’ll be years before we get them here.”

Helen Slattery says the most fitting tribute to outgoing CEO Roger Parton was a charity auction he organised which raised $50,000 for St John from donated goods, a result which left some of their staff in tears when announced. ‘’We are an industry with as big a heart as the challenges we face,” says Helen Slattery. 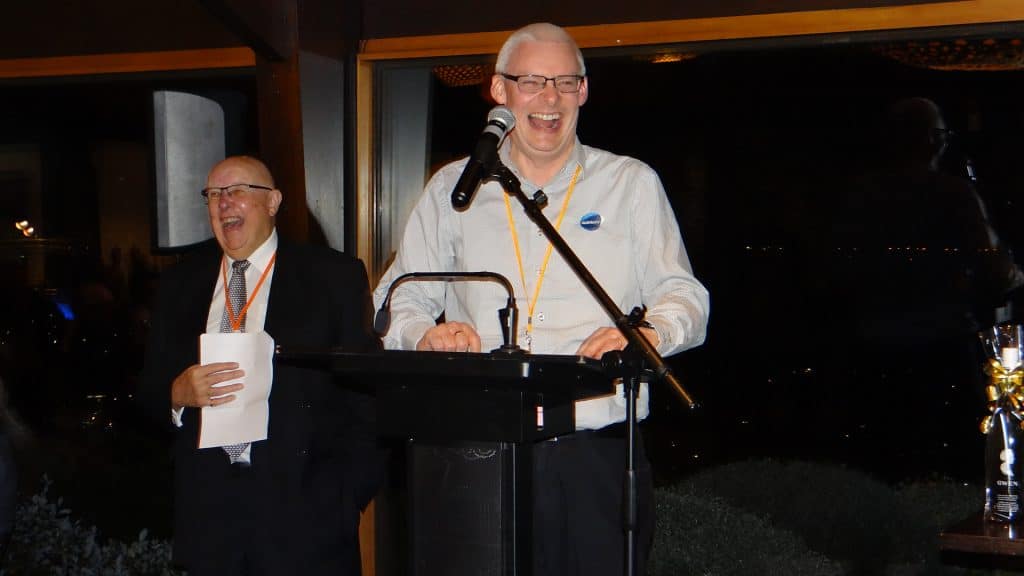