Spray contractors do their best but costs are rising

Rural spraying contractors are doing all they can to insulate farmers from emerging price increases for chemicals but warn of emerging cost rises.

“Many of us have been stocking up on chemicals, basically to keep the costs down and secure it for our clients. At our business we’ve brought in thousands of litres well head of the time it’s needed.” 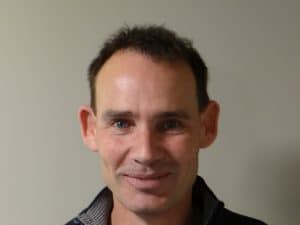 Like many spraying contractors, Wairarapa Weedsprayers also only adds a small margin to chemical costs to keep costs down for farmers. Even so, he says with chemical and freight costs now rising steeply, the effort to hold costs back from farmers could not be sustained indefinitely. Contractors were also under further pressure – as was every sector – trying to recruit and train workers and meeting higher costs for existing staff.

“Everyone’s having to pay more to keep their staff. We are all in the same boat.’’

Clinton Carroll says farmers need to know that they are facing higher costs from rural spray contractors so they can plan. Some may cut spray schedules or switch crops.

With rural contractors facing severe labour shortages, he says any reduction in demand might not be entirely unwelcome. However, Clinton does not see much prospect of farmers doing their own spraying, other than those already set up for spraying.

With smaller farms than many nations, New Zealand was a high user of rural contractors.

“Spraying contractors often have $250,000 or more tied up in specialised equipment. It doesn’t make sense for our farmers to invest in machinery used a few times a year on relatively small blocks.”

He says farmers also need to be aware of possible delays in some chemicals given shipping schedules being variable. Delays of 4-6 weeks are already being experienced by spraying contractors to obtain chemicals not already held in their own storage areas.