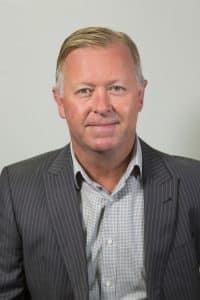 Since the end of World War II, New Zealand has had nine recessions. I’m not sure any of these previous ones have been engineered by the Reserve Bank – or at least no Governor has so proclaimed responsibility. However, whether shallow, technical or deep, recessions are a regular fact of life in our economic cycle. And while they are usually accompanied by a lot of gloom (which can make matters worse), recessions are always laden with opportunity for some. I’m picking the rural sector will, in general, come through next year’s recession better than many of their urban counterparts. The reason was illustrated on November 15 when the UN declared the population of planet Earth had reached 8 billion.

Everyone needs to eat. New Zealand produces enough food for fewer than half of 1% of the world’s people, most of which is exported. When recessions cause contractions in spending – as the drop in Black Friday sales may suggest is already happening – exported food generally remains largely exempt. Yes, there can be some recessionary sharpening of prices and people may look for cheaper sources of protein but our food exports are already competitive; our farmers and contractors are innovative and we farm without subsidies unlike many other nations. Besides, prices for dairy and other sectors have been at record highs because international demand is so strong. The world continued eating through Covid downturns and grain shortages caused by the Ukraine invasion. A recession at home and abroad, if relatively modest in size and duration as forecast, seems unlikely to crash export returns.

Assisting our farmers to date has been the drop in our currency, which makes our exports more attractive. That weaker Kiwi is adding to inflationary pressures and making the machinery, fuel and fertilisers that rural contractors and farmers use more expensive. However, shipping costs are becoming more reasonable. I also think that our trading banks now weaning themselves off the sugar-hit of mortgage lending, might start re-connecting to clients like those who can spend as much as an Auckland mortgage on a new harvesting machine.

Recessions cause everyone to do a stock take and it will be a more challenging time for every New Zealander – urban and rural. One consequence may be higher unemployment which some may see as a solution to rural labour shortages. Sorry, but that’s not likely to work in most cases. Sure, during Covid we had a few airline and chopper pilots, among others, turn their hand to driving complex farm machinery for a while though they quickly returned to base when normalcy resumed. Most Kiwis don’t have skills easily transferred to many rural jobs nor any wish to relocate and work the sometimes long hours required.

Meanwhile, our farmers are having to deal with a torrent of regulatory consultation and change which may well cause some to give up and seek an easier life, creating more labour demand. That’s more than a shame when we have a world which wants all we can produce.

The challenge for my members is to decide what’s the right course for them. The old saying was that when tough times hit, farmers put away the cheque book. Really determined spending restraint doesn’t seem to add up when export prices are high and an ever-growing world population needs to be fed. One thing recessions do cause is a decline in confidence. Adrian Orr’s odd jive talking about engineering one is causing the jitters just now. Recession or not though, rural New Zealand is likely going to be doing more than surviving.

Declaration: Andrew Olsen wishes it known he is no economist but likes Rob Muldoon’s quote about how you could lay them end to end around the world and still not reach a conclusion.